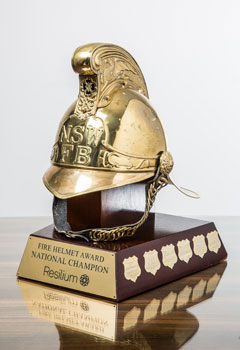 Goldsworthy is the oldest privately owned AMP/Resilium practice in Australia. Our history dates back to 1963 when Bill Orr – a 6’ 4” former World War II pilot – started selling AMP insurances door-to-door in Tamworth, NSW. The following year he set up office at Stones Corner in Brisbane.

Katrina and Ralph Goldsworthy – Bill Orr’s daughter and son-in-law – joined the practice in 1990. In 1994 the fast growing practice was divided in two, with Katrina Goldsworthy running general insurance and Ralph Goldsworthy running financial planning. In 2004, Katrina and Ralph’s two young daughters – Kate and Jennifer – joined the practice. Jennifer is now in charge of the financial planning arm of the practice and Kate has been running general insurance since her mother retired in 2010. Two of the youngest managers in the industry are running the oldest practice…

Almost every year since the practice was founded, Goldsworthy has been recognised as one of the leading AMP/Resilium practices in Australia. The proof is in our reception. Each of the more than 40 Royal Copenhagen plates signifies a year of outstanding achievement. In 2013, Kate and her team added a couple of new awards to our collection: Goldsworthy won Resilium’s Fire Helmet award and Kate won their Fire Manager award. Both awards in recognition of the fact that Goldsworthy was Australia’s fastest growing Resilium practice in 2013. The Fire Helmet returned to Goldsworthy’s reception in 2014, marking the second year running as Australia’s fastest growing Resilium practice.

The world has changed completely in the last 50 years. So has Goldsworthy. The only thing we haven’t changed is the one thing we’ll never change: we built our practice on trust and everything we do is guided by this. It’s the only way we know how to run a practice and it seems to work: many of our clients have been with us for decades, some since the very beginning.

We would love to welcome you into our family as well.